Every day, we find fault with our software, so that you don’t!

Robustness in software is a mark of quality that’s often easy to lose in development.

Thanks to Zachary Minneker of Security Innovation, Inc., we are implementing fuzz testing to make our software even more robust. Fuzz testing provides us with one more way to generate test cases to test that the software does not do what it is not supposed to do. As expected from a new form of testing, we have discovered bugs that we did not know existed, and which no user has reported to us. 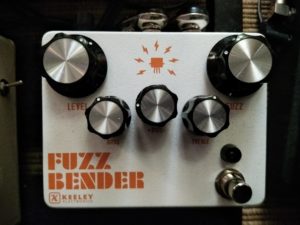 The word “fuzz” is hundreds of years old. More recently, it has been used in music for deliberate distortion, typically guitar sounds. Fuzzing as a test method is relatively recent. At its most basic, fuzzing involves running a piece of software over and over with generated inputs, usually invalid, while attempting to exercise as much code as possible. As fuzzing has developed and the state of the art has changed, fuzzing techniques have grown more elaborate and now involve complex tooling and techniques.

Rejection of invalid input by the software, by discarding it, rejecting it, or reporting it, are all appropriate behaviors, depending on the software specification. Behavior such as process termination (unless that is the specified behavior for invalid input), inconsistent internal state (such as overwriting memory), or worse yet, undesirable behavior are bugs to be fixed.

Zachary Minneker from Security Innovation tested YottaDB by feeding the compiler manipulated M code. While it is certainly possible to input randomly generated bytes, most of the input would be rejected by the parser, and the fuzzing would not be efficient, even though it would theoretically eventually expose every issue with the software (see the Infinite Monkey Theorem). To fuzz efficiently, Zachary started with a corpus of M source code from the YottaDB automated test suite, and made some minor changes to YottaDB to make unexpected behavior more easily detected. Then a 24-core machine running the prepared fuzzing harness and corpus fuzzed YottaDB for a number of days, over the course of several months.

He used AFL++ to generate fuzzed input to YottaDB. AFL++ works by using special tracing instrumentation which marks conditional paths through YottaDB. During execution, the exact path taken through the code is found by noting which conditional paths are taken using a mutated input. If an input causes new paths to be taken it is added to the corpus for further fuzzing, which then increases the amount of code paths taken.

Since YottaDB has signal handlers for normal operation, as well as to catch signals in order to shut down cleanly, he commented out the signals as they would interfere with the testing. In some cases, he used AddressSanitizer, a tool which makes otherwise difficult to detect memory bugs crash the application. 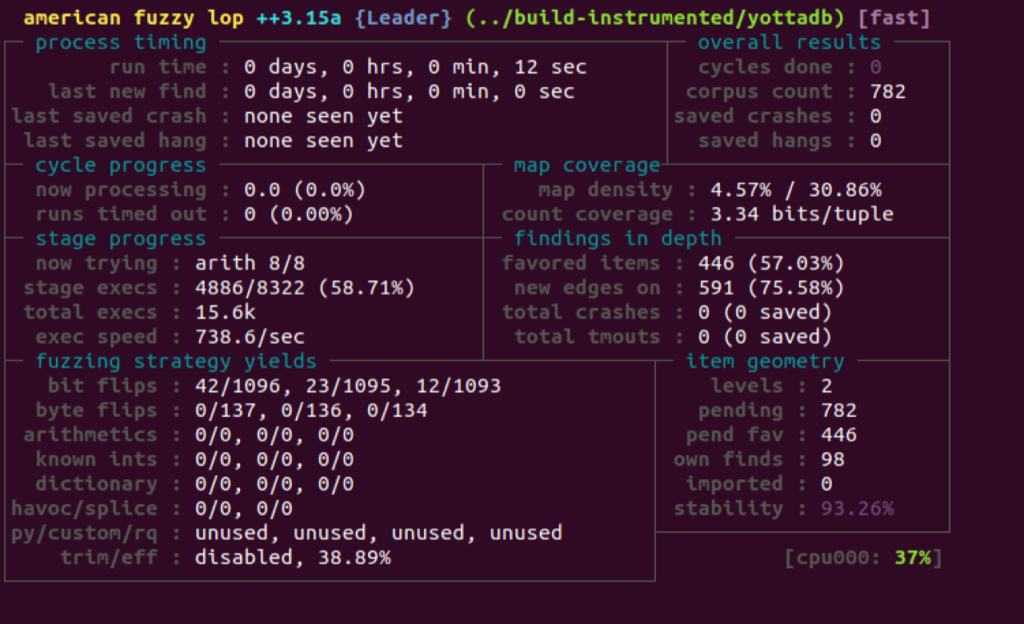 YottaDB can respond to input M code in different ways:

Some bugs may have multiple ways in which they can be triggered. Zachary eliminated duplicates, created minimal inputs for each failure, and performed root cause analysis. After months of work, he identified failures that are captured as CVEs and as a YottaDB Issue against which our development team is creating fixes.

As a practical matter:

Controlling access to your system, and validating M code executed, are two key layers of defenses against all vulnerabilities.

Since security is a journey, not a destination:

Although perfection does not exist in this universe, you can be assured of our continued commitment to your YottaDB experience being as rock solid, lightning fast, and secure as we can make it.

In closing, we would like to reiterate our thanks to Zachary Minneker and Security Innovation for introducing us to fuzz testing.